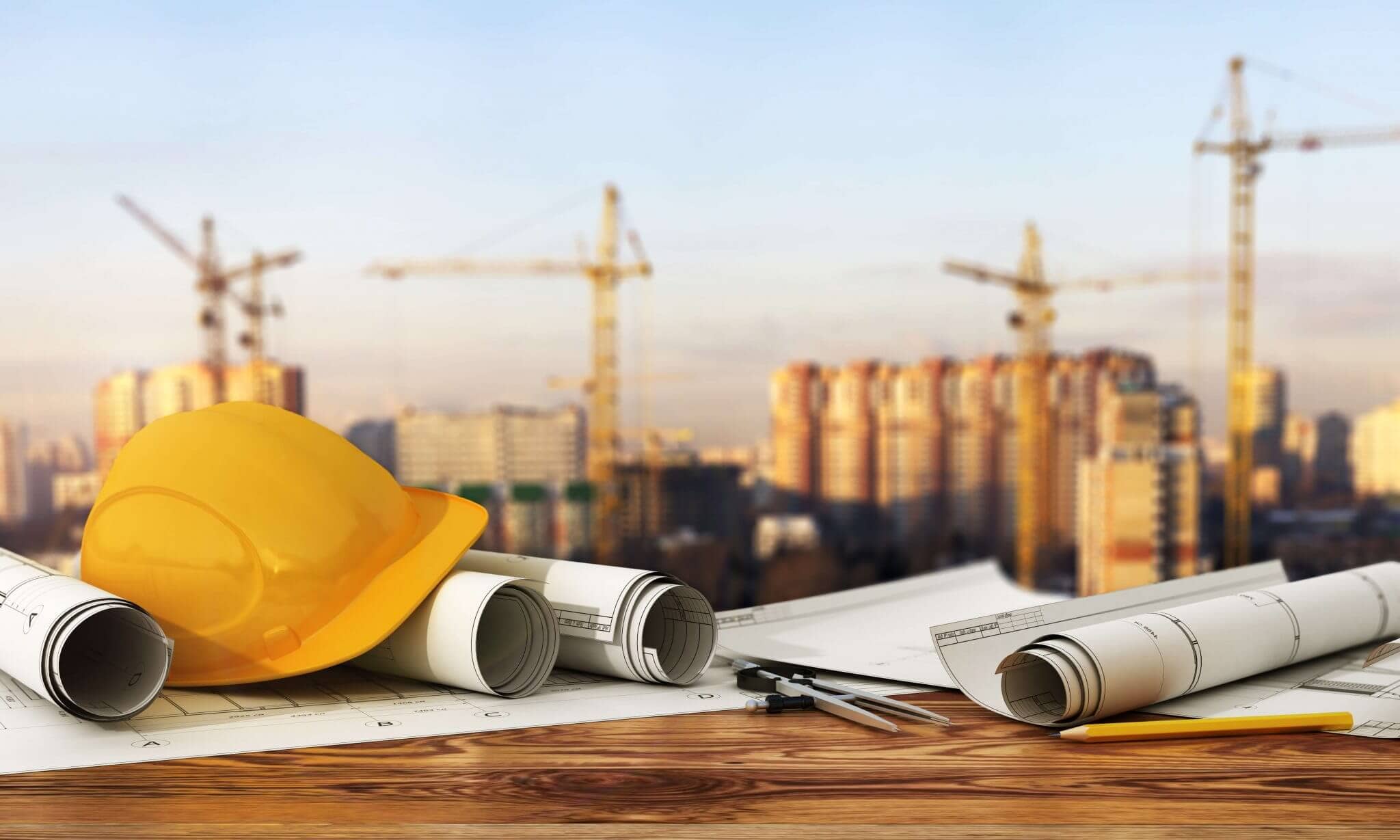 The companies in the latest Construction Index Top 100 have a combined revenue in their most recent accounts of £70.6 Billion! This figure is actually down by 4.8% on total turnover compared to last year as well.

These businesses have reached their peak of success thanks to hard work, exceptional construction and design processes, strategic marketing and skilled and innovative staff teams. You can learn about scaling your business from a free business development call with your Ex-trade team!

For inspiration, here are 10 of the largest construction companies in the UK:

Balfour Beatty was founded in 1909 by George Balfour and Andrew Beatty and are now the leading international infrastructure group.They have doubled the turnover of the 2nd largest construction company in the UK reaching a remarkable £8.59 billion for the period ending 2020.

Balfour Beatty is also the 4th highest in the UK in terms of profit.

Balfour Beatty finance, develop, build and maintain innovative and efficient infrastructure. They employ around 26,000 people and operate mainly in the UK, Ireland and North America.

Some projects you might know include Thames Tideway Tunnel, HS2, Manchester Engineering Campus Development (MECD), and Whitechapel & Woolwich Station. Balfour Beatty PLC therefore makes it to No.1 of our list of large construction companies.

Kier was founded in 1928 as a specialist concrete company and is a leading provider of construction and infrastructure services, providing specialist design and build capabilities. Kier have done very well to remain in a strong position after their near collapse. The group reached a turnover of £3.48 billion for the period ending 2020. Kier employs around 19,000 people operating mainly in the UK.

Despite being the 2nd highest business in turnover, Kier falls far down the list when it comes to profit, the company currently sits 100th on the list!

Some projects you might know include Hinkley Point C (Europe's largest construction site), Deephams Wastewater Treatment Plant (one of the biggest water projects in the UK delivered for Thames Water) and the Luton DART (Direct Air-Rail Transit) a 2.1km people mover taking people from Luton Airport Parkway to Luton Airport.

Morgan Sindall was founded in 1977 by John Morgan and Jack Lovel and is a leading Construction and Regeneration group comprising eight complementary subsidiary businesses.

The group focuses on affordable housing, urban regeneration and infrastructure and construction investment. Morgan Sindall reached a turnover of £3.03 billion for the period ending 2020. They employ around 6,600 people and operate in the UK.

Whilst Morgan Sindall is in 3rd for turnover, they are 2nd for profit levels.

Some projects you might know include Tideway Super Sewer, Werrington Grade Separation and M5 Oldbury Viaduct.

Interserve was founded in 1884 as the London and Tilbury Lighterage Company Limited is the leading UK building, infrastructure, engineering and fit out company.

Interserve specialise in design and build capabilities working on projects across multiple sectors. Interserve reached a turnover of £2.55 billion for the period ending 2020. Interserve employs over 60,000 people across 230 offices worldwide.

The company was founded 1921 by William Charles Amey and is one of the top five support services suppliers for road and rail infrastructure projects in the UK.

Amey reached a turnover of £2.40 billion for the period ending 2020. Interserve employs over 16,000 people. Amey currently sit 98th on the list in terms of profit levels.

Based in the UK, Amey has been involved in the delivery of Thames Tideway Tunnel,  Heathrow Airport and National Grid Overhead Line Fittings.

Tarmac Trading was founded in 2013 and is a UK based business delivering roads & services infrastructure, highways maintenance and off-site manufacturing which lay around 3.5 million tonnes of asphalt each year. Ranging from resurfacing of motorways, roads and pathways, to the construction of car parks, runways and running tracks.

Tarmac Trading have managed to maintain a turnover of £2.13 billion for the period ending 2020. They employ around 7,000 staff and have over 400 sites across the UK. Tarmac Trading currently sit 82nd in the list in terms of profit.

Keller Group was founded in 1860 by Johann Keller and is a ground engineering specialist that provides techniques solving a wide range of challenges across the entire construction sector – from industrial, commercial and housing projects to infrastructure construction for dams, tunnels, transportation and water treatment, as well as projects to address environmental challenges.

The company turned over £2.06 billion in 2020 which is down from the £2.33 billion turnover recorded in 2019. Keller Group employs over 10,000 staff. Keller Group, even though currently 7th on the list in terms of turnover, they are 1st in terms of profit.

Some projects you might know include Crossrail C310, London Power Tunnels, and South Cliff Stabilisation Scheme in Scarborough.

ISG was founded in 1994 by Ivan Millar and is a leading specialist in the construction industry offering engineering, fit out and construction services in 5 specific sections - Science & Health, Technology, Education & Public Sector, Offices and Hospitality & Leisure.

ISG turnover was recorded at £2.04 billon in the period ended 2020. The business employs nearly 3,000 staff worldwide. ISG are 38th on the list in terms of profit level.s

The company’s turn-over in 2019 was £2.59 billion and marked the significant milestone of being the first time ISG exceeded the £2 billion mark.

Mace Ltd was founded in 1990 by Ian Macpherson and Develop, Consult, Construct and Operate, connecting expertise across the entire property and infrastructure lifecycle.

Mace turnover was recorded at £1.78 billion in the period ended 2020. The business employs nearly 5,000 staff worldwide. Mace are up 3 places in terms of profit and are sitting comfortably in 6th.

Some projects you might know include The London Eye, The Emirates Air Line, The Shard, The Tottenham Hotspur Stadium and The NHS Nightingale Hospital London.

Laing O’Rourke was founded in 1978 by Ray O’Rourke and is a UK based construction business that funds, designs, manufactures, constructs, and maintains the built environment.

The company has been responsible for delivering some of the UK’s most notable projects, including London Heathrow Terminal 5, The Leadenhall Building in London and Ascot Racecourse (main stand)

How much is the construction industry worth in the UK 2021 as a whole? 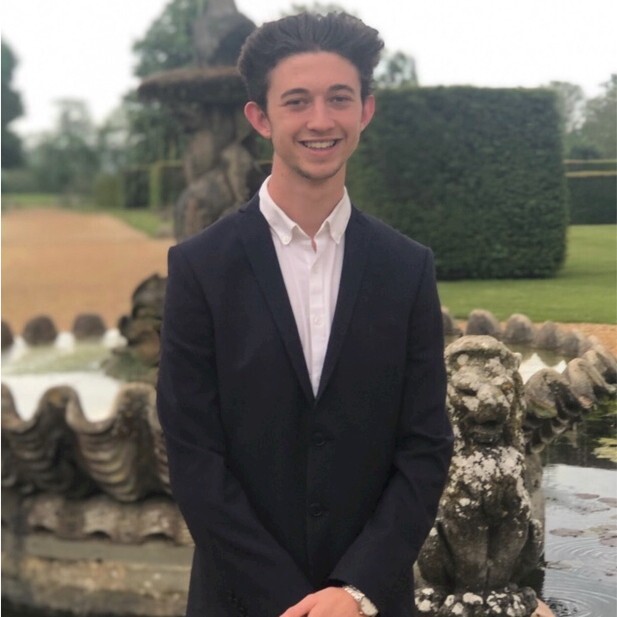 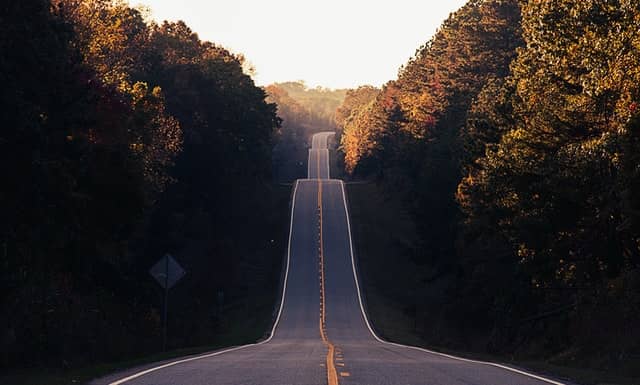 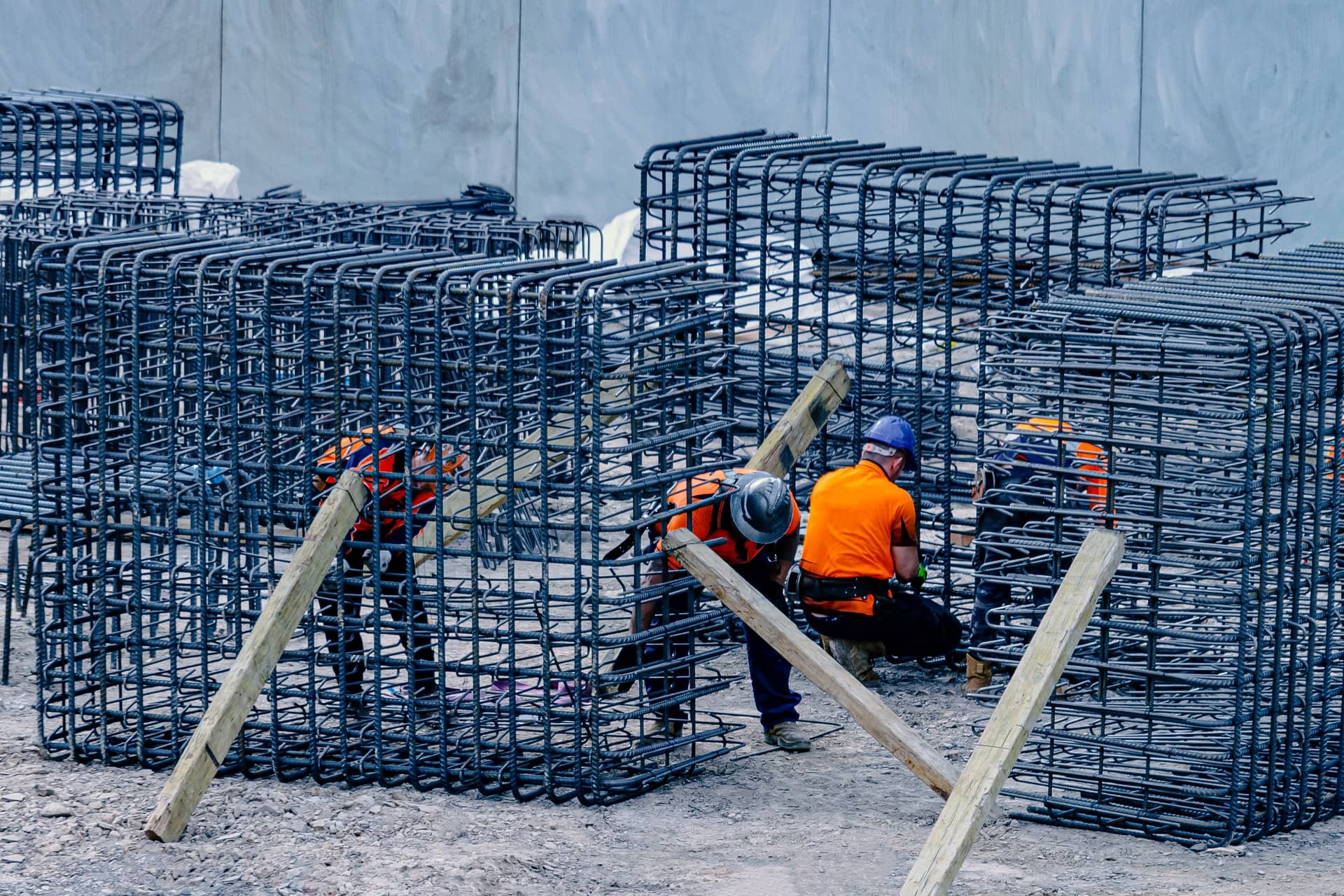 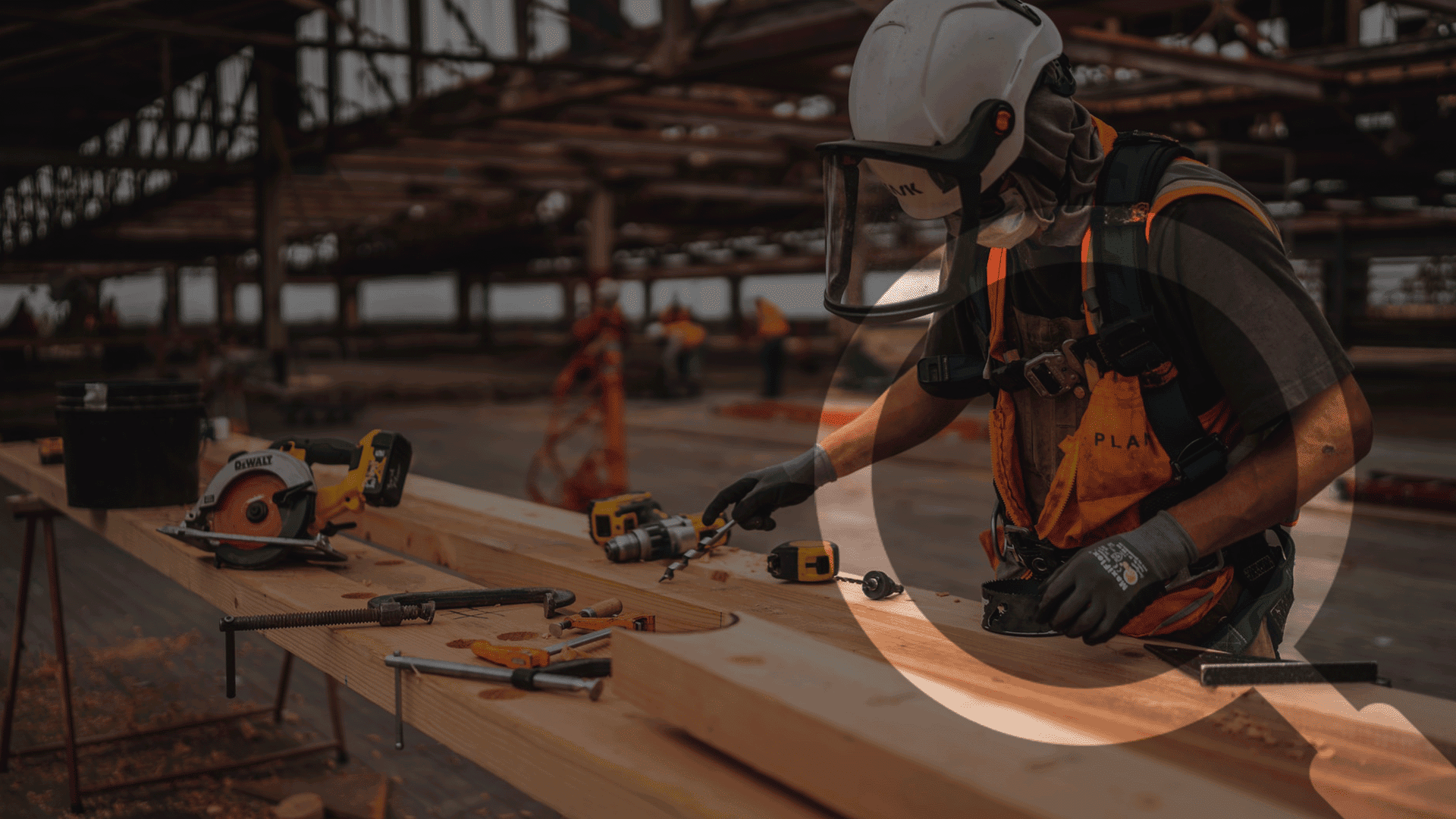 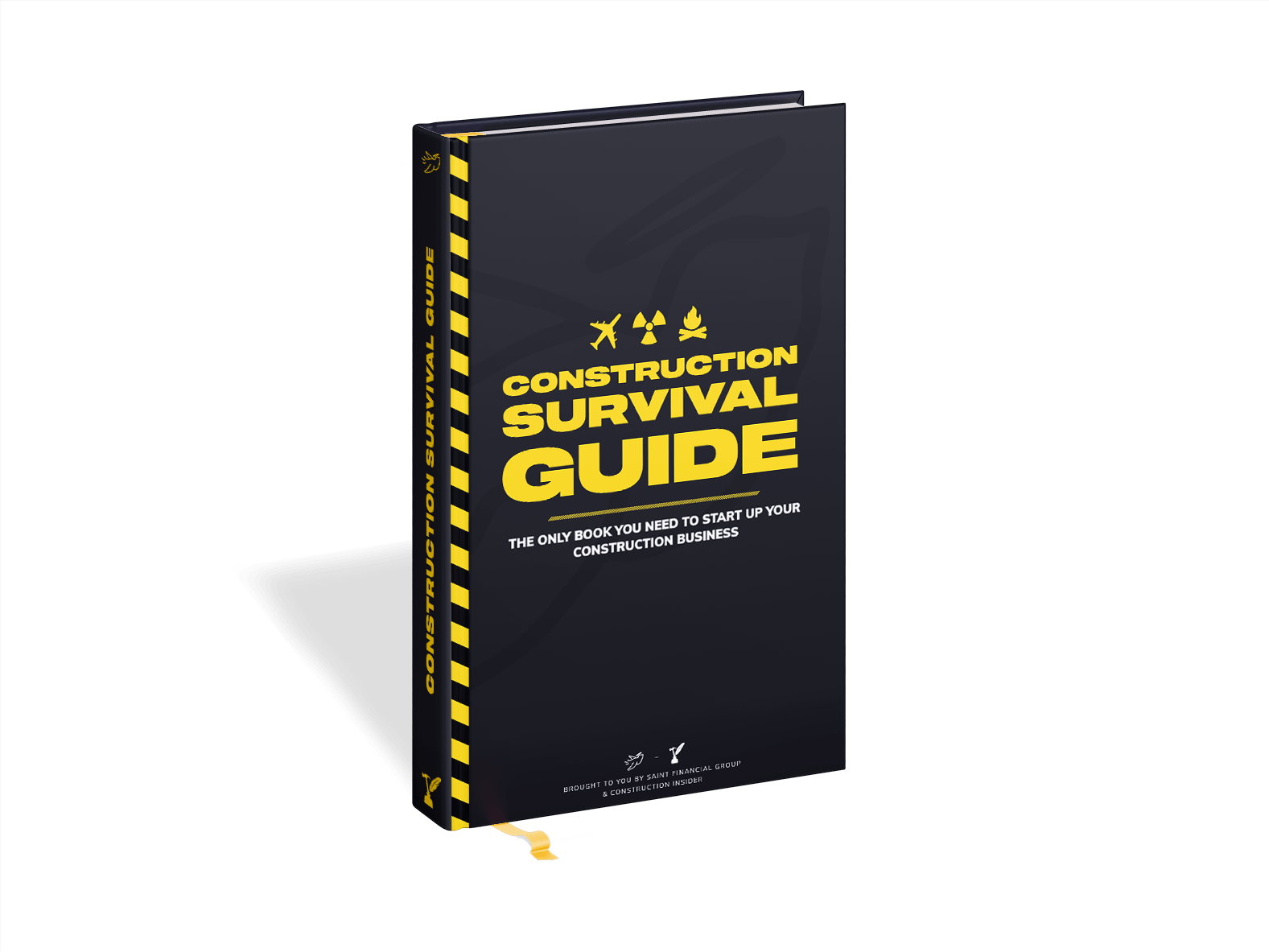 With TikTok facing complications within the US, the future of the giant social platform is at risks, while the situations looks shaky for TikTok & ByteDance, Instagram jumps in the ring with Instagram Reels which aims to keep users off TikTok.